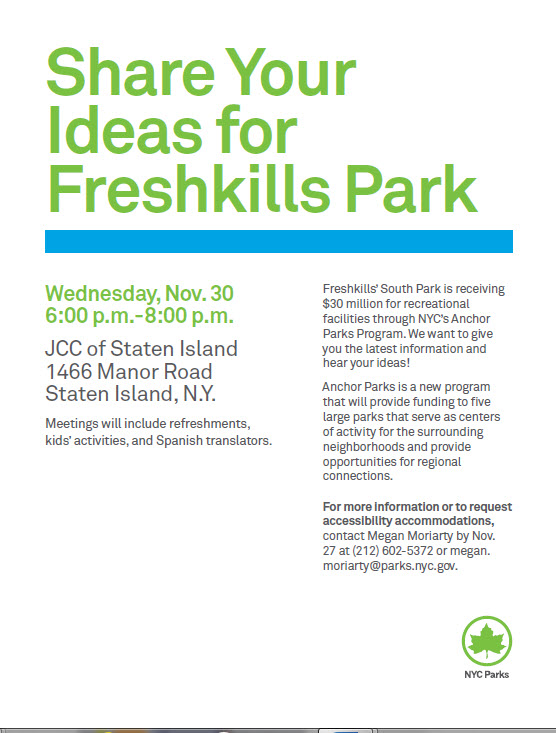 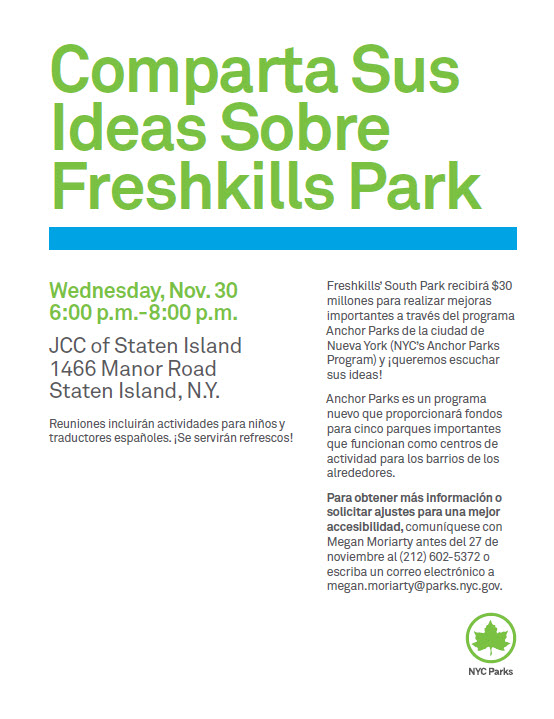 Fun things are happening in parks this fall! Read below for upcoming opportunities to be active in or to help improve your local park.

NYC Parks is also collecting community input on local park projects. Please share your ideas on the redesign and reconstruction of your community park through the Community Parks Initiative, Parks Without Borders or our newly launched Anchor Parks program!

Parks Without Borders – Through Parks Without Borders, we’re reimagining the role of parks in communities by redesigning where they meet the streets and sidewalks. As part of OneNYC , Mayor Bill de Blasio has dedicated $50M to the program to make parks more accessible, improve neighborhoods, and create vibrant public spaces.

Anchor Parks – Through the Anchor Parks program, New York City will invest $150M in transformative capital improvements at five regional Anchor Parks, one in each borough.